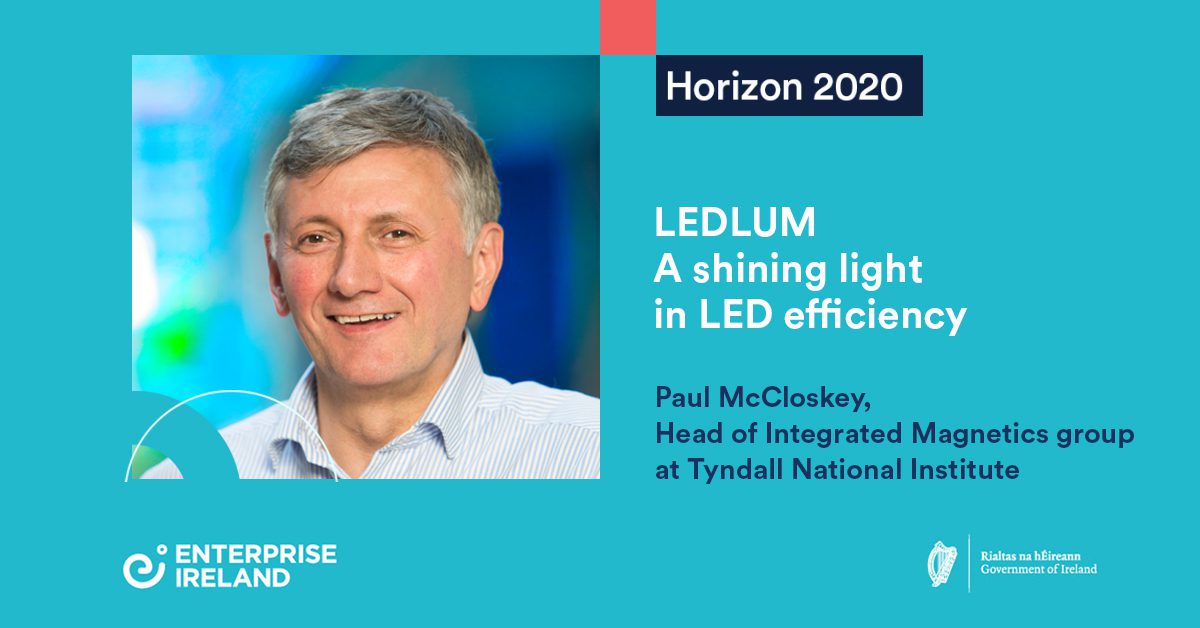 “Horizon 2020 was about putting together the right consortium that could do cutting-edge research and also produce something that can be commercialized in the near future.”

Tyndall Institute played a key role in a recently completed project that aimed to significantly reduce the size and weight of LED drivers while increasing their lifetime expectancy.

The outcomes included near-market LED driver prototypes with 40% volume and 59% weight reduction, a research prototype with a volume of just 12% of current best in class, and significant advancement in the field of magnetics on silicon.

As the world faces the imminent impact of climate change, there has never been a greater focus on environmental issues nor a greater sense of urgency. While governments debate macro issues, some researchers are looking at small concerns that can have a big impact. One of these is LED drivers.

The fly in the ointment, however, is the LED AC/DC converter, known as a driver, which is not only much less reliable than the bulbs themselves but also bulky and difficult to integrate into the light fitting.

This driver was the focus of LEDLUM, a Horizon 2020-funded project involving seven European partners drawn from business and academia, and over €4 million in EU funding. LEDLUM’s objectives were to make major improvements to the volume, weight, lifetime and size of the driver to create a more environmentally friendly product.

Among the partners was Tyndall National Institute in County Cork, which brought its expertise in the area of magnetics on silicon to the table. Paul McCloskey, Head of Integrated Magnetics group at the Institute, led the ‘passive components’ work package. He explains how the consortium took a pragmatic approach to achieving the project’s aims.

“Horizon 2020 projects are a combination of research that pushes the boundaries and the development of something that companies can commercialise.” says McCloskey.

“Within LEDLUM there was initially a little built of tension between those two objectives as the companies in the consortium were more focused on the commercialisation of a product and the universities on pushing the science. So as a consortium we came up with the idea of having two tracks. The development track aimed to get close to something that businesses could use in the near future to create a product, while the research track had a lower level of technology readiness and an emphasis on demonstrating how the challenging goals set might ultimately be achieved. I believe the project delivered on both.”

LEDLUM’s outcomes included the development of near-market LED driver prototypes with 40% volume and 59% weight reduction, a research prototype with a volume of just 12% of current best in class, and significant advancement in the field of magnetics on silicon.

“Horizon 2020 is a way of getting involved with companies that will ultimately use the science in a real-world application.” says McCloskey.

“One of the outcomes of this project was the licensing of Tyndall’s magnetics on silicon technology. We’ve developed a capability and reputation in this area over many years. Through LEDLUM we further developed the technology and were able to transfer it to one of the biggest silicon foundries in the world with the production scale up at a facility in Europe. That’s a major achievement for us. That’s tying our research into a real-world product,” says McCloskey.

Running from 2021 to 2027, Horizon 2020’s successor, Horizon Europe, has a €95 billion funding pot and the triple aim of developing scientific excellence, tackling global and industrial challenges and supporting innovation and inclusivity across Europe. And like Horizon 2020, it is a highly competitive arena.

“There are a lot of organizations chasing this funding. But Ireland performs above average in terms of winning this type of EU funding and Tyndall is one of the most successful institutes. We’ve been involved in these kinds of projects for many years as our research depends on securin.

To help research institutes and businesses to secure Horizon Europe funding, Enterprise Ireland regularly gives talks highlighting what Horizon calls are coming up, how to go about getting involved and how to build a consortium. They also fund travel costs associated with building the consortium and offer support to write the proposal.

“Horizon 2020, and now Horizon Europe, is about putting together the right consortium that can do cutting-edge research and also produce something that can be commercialized in the near future.

“That opportunity for collaboration is hugely important. You get the chance to work with other universities and businesses throughout Europe. When you talk to companies you hear what the real-world problems are; understanding that is a terrific insight for a researcher. Overall, I found the LEDLUM project to be an enjoyable and instructive process,” says McCloskey. 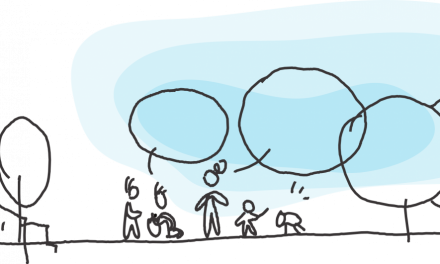 The New European Bauhaus is a creative and interdisciplinary movement in the making, and you can be part of it! 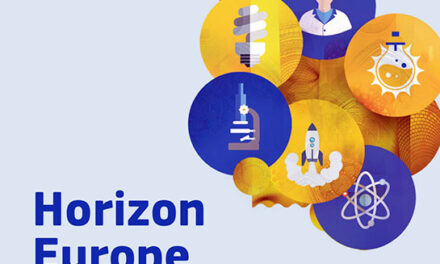 Horizon Europe – the next research and innovation framework programme 2021- 2027 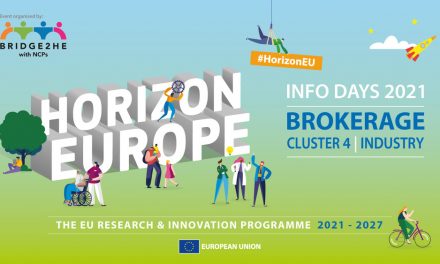 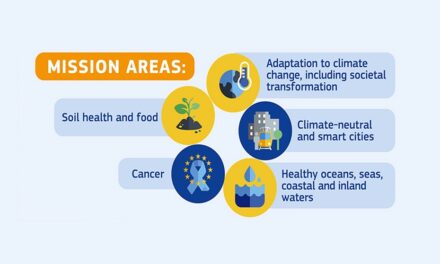